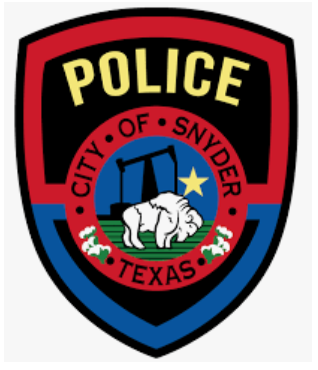 Snyder ISD believes students learn best in a safe and nurturing environment.  In addition to high-tech access control systems, cameras, and other security measures, we are proud to work with the Snyder Police Department to ensure everyone's safety.

Because student safety is of vital importance, we encourage you to share information with us that you deem troubling, so that we may take appropriate action. This includes information about weapons, threats, fights, drugs, self-harm, suicide, harassment (of any form), bullying, or any other disclosures made to you or posted online that are concerning.

In the event of an emergency or immediate concern, call 911.

Bullying occurs when a person is exposed, repeatedly and over time, to negative actions on the part of one or more other persons, and he or she has difficulty defending himself or herself. Bullying is aggressive behavior that involves unwanted, negative actions. Bullying involves a pattern of behavior repeated over time. Bullying involves an imbalance of power or strength and is considered bullying if it interferes with a student’s education or substantially disrupts the operations of the school.

Cyber-Bullying involves the use of information and communication technologies to support deliberate, repeated, and hostile behavior by an individual or group that is intended to harm others. “Cyber-Bullying” is when a child, preteen or teen is tormented, threatened, harassed, humiliated, embarrassed or otherwise targeted by another child, preteen or teen using the internet, interactive and digital technologies or mobile phone. It has to have a minor on both sides, or at least have been instigated by a minor against another minor. Once adults become involved, it is plain and simple cyber-harassment or cyber-stalking. Adult cyber- harassment or cyber-stalking is never called cyber-bullying.

Snyder ISD would like to remind parents of our policies regarding school delays, closure, weather-related (or emergency) early release, and the communication resources utilized for SISD announcements. Keep in mind that if there is no announcement made from SISD, classes will be held on a normal schedule.

Student, staff, and community, safety is our top priority. When inclement weather is a possibility, SISD district administrators monitor weather conditions during the overnight and early morning hours. The district considers several factors before deciding to cancel, delay, or dismiss school early due to inclement weather.

In the event of inclement weather causing a delay or cancellation of classes, Snyder ISD will communicate with the community, parents, and staff via the following: 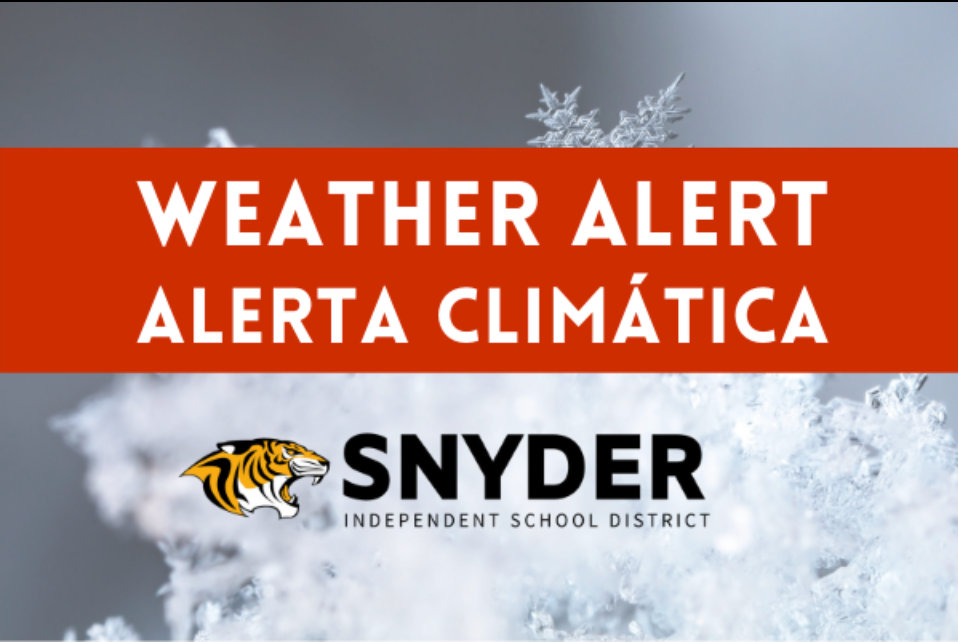 We will also provide the information to the following news outlets:

With the uncertainty of weather conditions, we ask that parents and staff monitor local media resources, the SISD website, and have the ParentSquare app installed, before making your way to the school or sending children to the bus stop.

How is the decision made to cancel school?

For schools, the weather delay or closing process is complicated, but one thing is simple: The first priority is student and staff safety. Above all, district staff focuses on the health, safety, and welfare of students and staff. Parents are accustomed to checking the news for closure announcements and phones for automated alerts from the school. Whether students and parents cheer because it means a “snow day” at home or groan they must scramble to make contingency plans, most of what goes on behind the scenes for the school to arrive at that decision is unknown.

Many factors are carefully analyzed when the district decides whether to delay opening or canceling school:

The superintendent makes the final decision, based on the above factors and recommendations from district staff. Then the public is notified via local radio and TV stations, the district website, the district Facebook page and other notification systems. The district is aware that waiting too long to make the decision affects parents’ ability to make childcare arrangements, and also affects district staff who are scheduled to arrive hours before school starts.

Every effort is made to make a decision by 5:30 a.m. or earlier so that parents and staff can be notified by 6 a.m. When severe weather is a certainty, the decision may be made the night before. If school is already in session and severe weather develops, a whole other set of variables enters the decision-making process. We then have to take protective measures to ensure the safety of the students in their care during the adverse weather. It’s not a simple decision to dismiss early, because in some cases, early dismissal causes parents to drive to pick up their children in dangerous weather.

The decision to delay or cancel school is never easy, especially when school administration must then deal with the aftermath of rescheduling makeup days in an already tight school calendar, and frustrated parents who disagree with the decision to close. One thing we can always agree on: we all want to keep the students and staff safe.